Participatory session for the design of the pavement in front of the civic centers on Feliu i Codina St. in the framework of the Horta superblock 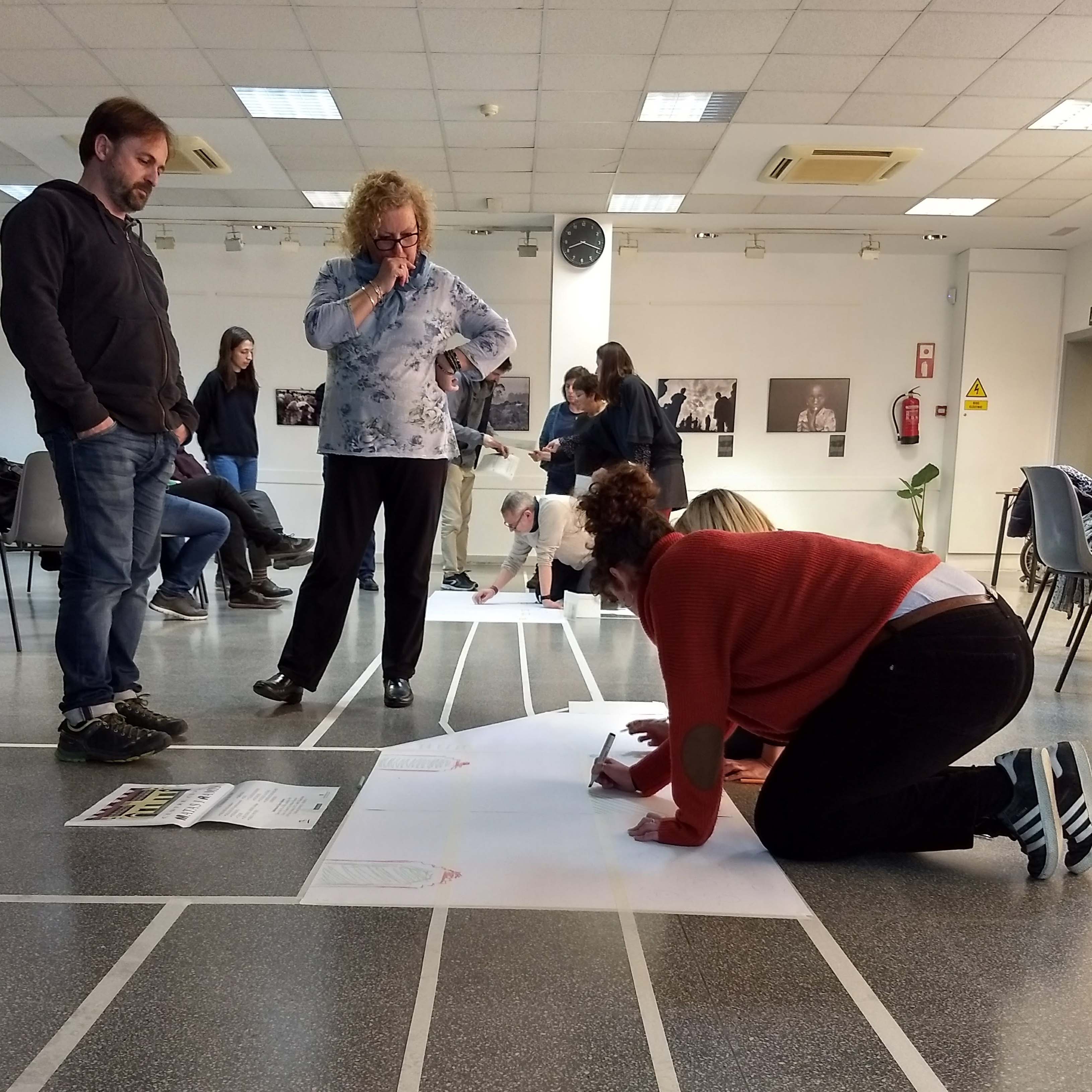 The urbanization project of the Feliu i Codina street, between Chapí Street and Eduard Toda street is drafted by landscape architect Imma Jansana in collaboration with Jordi Calbetó and is in accordance with the framework of Horta superblock. The project seeks to reduce automobile traffic and decrease speed within the center of the neighborhood. To achieve this, there are three strategies that Cíclica plans to incorporate: a unique platform, a zigzag circulation of cars, and a warning in front of the two civic centers.

The project aims to create a warning for cars in the pavement in order to reduce speed before the civic centers. The participatory session opens the opportunity for users to define the purpose and the implementation. The project is about codesigning proposals in order to appropriately respond to the need of creating harmony between the users of the street: the crossing cars and the pedestrians

-Publicize the project, specifically the proposal in front of the civic centers

To achieve this, we organized a practical yet dynamic session with representatives of both civic centers. We invited the participants to draw and to place the main components of the proposal on the respective street to understand the exterior space and to understand the implications of the project. Next, we discussed as a group and decided to represent the proposed pavement in a mock-up drawn on the floor of the meeting room. This way we ensured a unified spatial perception and an impactful comprehension of the proposal. Finally, the different proposals were explained between the groups and the final results were assessed. The architects presented in a joint session with neighborhood experts and the participants, offering the pros and cons to the proposal of the participants.

The results of the session continued to be developed at a technical level and the end product resulted in a report to be evaluated by the participants. The primary group of the Horta superblock will follow-through with the project until its completion.