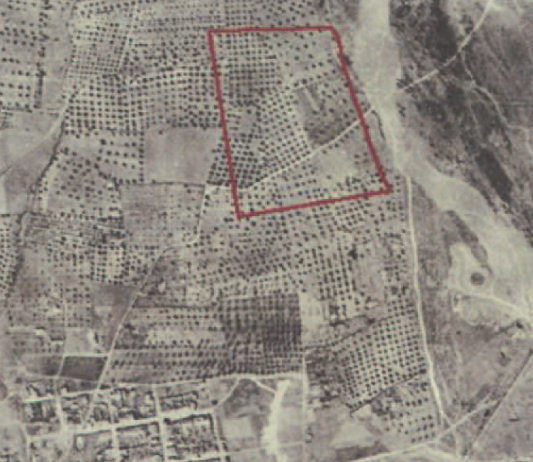 The proposal is based on the cross-sectional understanding of the Vallés agroforestry landscape found throughout Terrassa. It is a landscape primarily composed of Mediterranean tree plots interspersed with grass fields, and in the most fertile areas, fruit plantations with small irrigation gardens. This agroforestry landscape traditionally maintains the terrain efficiently, productively, and resiliently.

The project proposes to examine the role of the Arenes Stream as a stream that, at the scale of its water basin, offers a great potential as a geographical connector while simultaneously generating a new biological connector of an urban civic axis. The proposal begins by strengthening the city’s existing forest perimeter, or green belt, in its connection to interior of the urban fabric as a green “infrastructure” that serves the re-naturalized rivers. It then mentions the productive uses in green urban spaces like the Republic Park, accommodating mechanisms that allow the sustainable water cycle management with drainage, lamination, and infiltration systems to be apparent to the citizens. It simultaneously offers cultivation and production spaces like gardens and orchards that allow for a local food supply, an organic matter management cycle, and a reactivation of the past uses of this originally agricultural space in front of the dense urban fabric of the neighbourhood. The Republic Park is one of the largest elements adjacent to the river and, therefore, is an opportunity to accommodate biological and water continuity strategies.

At the urban scale, the Republic Park is projected as a space of high-intensity urban use with the potential to act as a natural boundary connection space, transitional between the city, the green belt of the river, and the landscape of the surroundings. It acts as a reconnection point between the city and the territory that currently functions both at the level of citizen accessibility to the natural environment and at the metabolic level in a reintegration of the material cycles in their multi-level management.

At the social level, the project designs a participatory process through co-production. Co-production refers to a form of collaborative work with shared objectives between the government, the technical experts of the project, and the implicated local stakeholders as main beneficiaries of the project. The initial relation process between the government and the AAVV Sant Pere Nord is a useful precedent to activate a communal work process. It proposes an integration of the main stakeholders in a co-production process that goes beyond mediation and leads to the governing definition of the project. This project proposes a temporary structure for the development of the park which must begin with an infrastructure phase. The overall structural outline is necessary for the next phase of implementing its program contents and will be developed in phases according to priorities defined in the participatory process.

The objective is to recognize the city as an urban tapestry comprised of many fabrics: the URBAN FABRIC in weaving a permeable network of paths and green spaces, the SOCIAL FABRIC of the neighbourhood and the city connecting through a participatory process that enables co-production of public space, and the METABOLIC FABRIC in recovering the Vallés landscape through the local management of water, food, and vegetation.